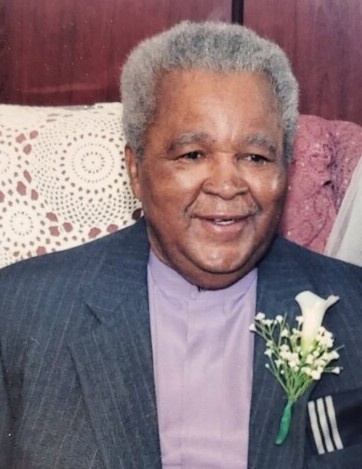 Wilson Lontin Gamble, Jr, was a loving husband, father, grandfather, brother uncle and friend. He went to be with the Lord on Wednesday, February 23, 2022, after a long and noble battle against all odds.

He was born June 12, 1938 in Cincinnati, OH to the late Wilson Sr. and Seleria “Boot” Gamble. He was the middle child of one older sister and two younger brothers. He served our country from 1962 until 1968 as a cryptographer in the United States Army; one of those years in active duty in Korea during the Vietnam War.

Wilson believed education was important. He was well educated himself, and proud to let you know it! After serving his country, he continued his education as a Bearcat at the University of Cincinnati, where he obtained an
associate degree (1968) bachelor’s degree (1970) and a master’s degree (1972) in Special Education. He also earned Supervisor, Elementary and High School Principal certifications (1985).

He made an impact as a teacher and work-study coordinator in the public and private school systems for over 30 years. He loved the youth and was especially fond of the troubled youth. He cherished making sure his students felt accomplished and worthwhile. He would run into former students on several occasions, and they would always sing his praises on how much Mr. Gamble affected their lives with his support and encouragement.

Wilson gave his life to Christ at an early age. He “felt the need” and accepted the call to preach God’s word. He studied at the college of Theology in Fayetteville, NC and co-founded Greater Harvest Ministries Church pastoring with his brother, Bishop Maurice Jackson, and Elder Lamar Cunningham. He eventually went on to pastor two other churches; one in Bowling Green, KY, the other in Franklin, KY for the First-Born Church of Living God Organization, and evangelized at many other churches and church conventions.

After a long bachelor stint, Wilson met his match, his love match to be exact, and decided he was ready to settle down. August 6, 1982, he married Jeanette Hilton and to this union was born their
daughter, Whendi. Wilson was a loving father, not only to his daughter but also to his son, Eric White and stepson, Anthony Reaves. He did his best and succeeded at making sure his family never doubted his love for them.
Wilson was a gentle soul, full of character and sincerity. He won the hearts of many and was famous for his “walk”! His health began failing him in 2004 after his first stroke, yet he remained charming, hopeful, and grateful to the Lord for his life throughout the entire 18 years. Nurses in every hospital always commented on how pleasant and sweet he was; they wished all their patients were like him.

To order memorial trees or send flowers to the family in memory of Wilson Gamble, Jr., please visit our flower store.