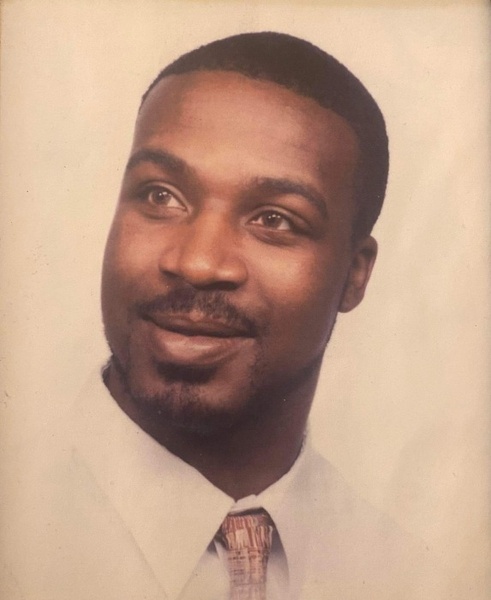 Tracy attended Akron Public Schools, initially attending Buchtel High School and later graduating from Central Hower High School in June 1994. Tracy played football and wrestled
for both schools and was a dynamic artist. Although he was colorblind, Tracy made the most beautiful pieces of art. Tracy loved sports and his two favorite teams, the Michigan Wolverines
and the Philadelphia Eagles.

Tracy was a literal “Jack of all Trades” and worked many different jobs. He enjoyed working with his hands and learning new trades. Tracy worked in many fields including roofing, plumbing, electrical, and woodworking. Tracy enjoyed breaking things, seeing how they operated on the inside, and figuring out how to put them back together again – mainly off the top of his head. Tracy formed his own water softening solution company, True Water Solutions in October 2019, where he worked tirelessly until his passing.

Tracy loved to read the bible, accepting Christ as his Savior at an early age. Tracy spent all his adult years on a quest to really know and understand God. Tracy also loved people and adored his family. He was a defender of all things great and small. Tracy loved ALL kids, and ALL KIDS loved when he came around. He wrestled them hard, raced them fast, and threw them high in the air every chance he got. He was also a protector and a  provider. If someone had a need, he did his best to get what you needed done.

Tracy helped to raise his nieces, Destanique Gadson, Domanique King, Devynn King, and D’Yonne West, while their mother was deployed, and they all loved
him like a dad. He will also be lovingly missed by a host of nieces, nephews, aunts, uncles,
cousins, and extended family members and friends.

To order memorial trees or send flowers to the family in memory of Tracy Gadson, please visit our flower store.