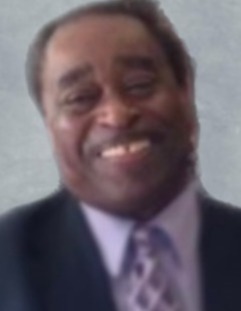 Ted was born on December 17, 1950 in Barberton, Ohio to the union of Talmadge and Folia
Kight. He and his four brothers and sister were raised in Barberton, but Ted later made his
home in Akron, Ohio. He was united in marriage on April 12, 1975 to his high school sweet
heart, Peggy Reese, and from this union, they had one child.

Ted worked for the state of Ohio for over 25 years, where he eventually retired as a therapeutic
patient worker.  He loved football and his favorite team was the Cleveland Browns.  He enjoyed
getting together with close family and friends to watch the games.

He also enjoyed traveling and seeing new things. He once traveled by car from Ohio to
California so that he could help his daughter and son-in-law relocate. They made stops in
several states, along the way, and Ted loved every minute of it.

He was a loyal family man who enjoyed nothing more than spending time with his family. He
could always be relied upon when his loved ones needed him the most. He was an excellent
listener who always gave insightful advice. He had a witty sense of humor, and always made the
people around him laugh.

Ted was preceded in death by his parents and his brother, David Kight.  He is survived by his
wife, Peggy Kight and daughter, Tai (Thomas) Stephens of Fresno, CA; brothers, Chester (Sally)
Kight of Akron, OH; Webster Kight of Macedonia, OH; Reginald Kight of Akron, OH and sister,
Yvette Kight of Akron, OH.  Special Aunt Eleanor Sims of Barberton, OH.  As well as a host of
nieces, nephews, cousins and friends.

To order memorial trees or send flowers to the family in memory of Theodore E. Kight, please visit our flower store.