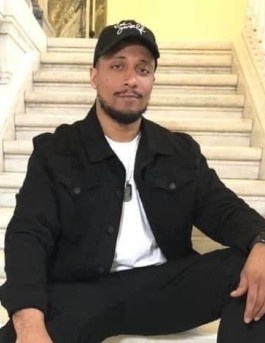 
Terrell Lamar Hill, affectionately known as ‘Pookie’ or just "T", was born in Columbus, OH on November 20, 1991, to the late Carla Hill. Prior to Terrell’s transition to Akron to live with DeAna, he spent his earliest years in the love and care of Derrick and Frances in Columbus, Ohio. Derrick kept Terrell active in sports. He was a "BEAST" on the football field as a defensive lineman while playing for the Saints for 3 years.This was the beginning of his love for sports. After relocating to Akron, Terrell attended Copley City Schools where he continued to participate and excel in athletic programs.  He completed his High School education at Gilmer County High School in West Virginia and continued to shine on the field as well as on the court. He was a true athlete. Post High School, Terrell attended Glenville State College, also in West Virginia.

Terrell accepted the Lord at a young age at The United Baptist Church and was a member of the Silent Praise Mime Ministry. Terrell was a shining light to all who knew him. His electric smile would light up the room. Terrell loved sports, especially basketball and football, he enjoyed playing Playstation with his boys, and he also liked landscaping.  He liked to have fun, he was a jokester and a comedian.  His greatest joy was spending time with his “Number One Mans,” son, Jayceon. Terrell had a deep love for his family, friends, and he cherished the time they spent together.

Terrell's journey in life took many twists and turns but God's hand was always on him. He was deeply loved by all those involved in raising him. His mother, his Uncle Derrick (Frances), his Aunt DeAna (aka "mom") and the Hosey Family. An African proverb states, "It takes a village to raise a child", and God made sure Terrell's village was equipped at all points to meet his needs.

To order memorial trees or send flowers to the family in memory of Terrell Hill, please visit our flower store.