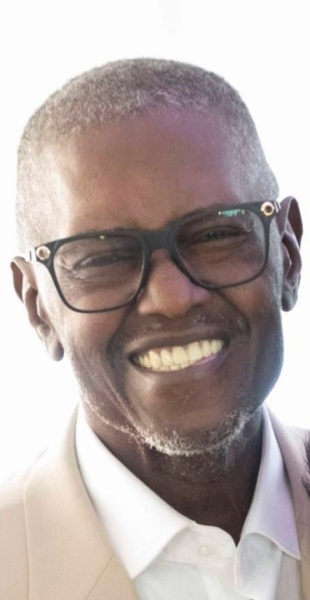 Robert “Steve” Beacham was born on August 3, 1957 in Akron, Ohio to Charlie Bob and Annie Delores Beacham.  He went home to be with the Lord on Monday, February 14, 2022 at the age of 64. Steve graduated from Akron South High School and the United Electronic Trade School. He was united in holy matrimony to Pam (Cammon) Beacham on October 6, 1979.  The union was blessed with two children – Avon Cherise Beacham-Byrd and Robert Steve Beacham II. He worked at Pitney Bowes, servicing copiers and retired from Portage Area Regional Transit Authority (PARTA) as a bus driver and road supervisor.

He gave his life to the Lord at an early age.  He served as a dedicated member and musician at the Church of Deliverance In Christ Jesus and was currently a member of the Burning Bush Church.

He enjoyed playing and talking basketball with his friends Don Franklin and Maurice “Shawn” Wright, playing golf with his brother-in-law Lennie Green and brother Bobby Beacham and putt-putt golf with Eddie and Cathy Williams.  He also loved going on family vacations, especially to Cocoa Beach, Florida.  He was affectionately known as "The Mayor of Cocoa Beach"!! He will be deeply missed by his family, friends and all who knew him.

To order memorial trees or send flowers to the family in memory of Robert Beacham, please visit our flower store.