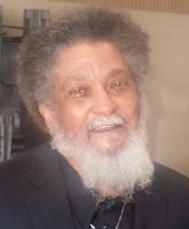 Richard Lewis McClenic Sr, affectionately known as Jacob II, formerly of Akron, Ohio, passed away at the age of 76 on Sunday, October 4, 2020 following a short battle with cancer.

Jacob graduated from Akron East High and was employed by Akron General Tire and Rubber Company. He moved to Fairfax, Virginia in the early nineties to be with his children. Jacob loved his children with all his heart and his family meant everything to him. He talked with his children every day. He loved the Lord and listening to traditional gospel music and shared the Word of the Lord whenever possible. His favorite pastimes were watching sports and preparing delicious meals.

In lieu of flowers, donations can be made in honor of Jacob II to St. Jude Research Hospital Memorial Giving, 501 St. Jude Place, Memphis, TN 38105 or at stjude.org.

To order memorial trees or send flowers to the family in memory of Richard McClenic, please visit our flower store.