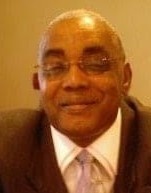 Phil was born June 15, 1950 in Charleston, Tennessee to the late Robert and Carrie Belle Greene. He was one of three sons shared by the couple. The family resided in Charleston, TN before relocating to Medina, OH during his childhood years. He went on to graduate from Medina High School.

After moving to Akron, a long courtship ensued, and Ray made his wisest decision and married Judy Chandler. To this union, his two daughters, Stephanie and Alana Rae were born. Philip was employed with the Morton Salt Company in Rittman from which he retired in 1988. Following his retirement he went on to volunteer at Erie Island Elementary School for several years. He often reflected fondly on the time he spent there with staff and students. Once honored by the Black Women’s Leadership Caucus as an heroic and significant African-American Male in Akron, he valued community and being of service to others. Always a believer, Ray was a member of Mount Calvary Baptist Church for many years until health issues made regular attendance challenging.

Phil was a lover of action films, Law & Order , and good jokes—only if he was in the mood though. Ray will be remembered for his charm, quick wit, and always being the coolest person in the room.  All of our lives were better because God gifted us with Ray.

Waiting to greet him in paradise are his parents, Robert and Carrie Greene; brother, Robert Jr.; in-laws John and Mary Elizabeth Chandler; and nephew, Jordan Grevious.

To order memorial trees or send flowers to the family in memory of Philip Greene, please visit our flower store.