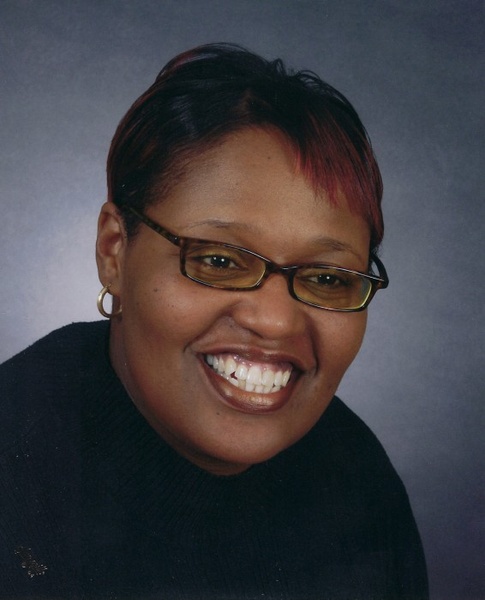 On June 25th, 1967, in Columbus, OH, the late Delores Hill and the late Clarence Hill were gifted with the life of their beloved daughter Pastor DeAna Wansley, affectionately known as “DW”.

As a resident of Akron, Ohio since the age of 7, DeAna attended Buchtel High School and graduated from Beechcroft High School, Columbus, OH in 1985. DeAna worked in the Social work field for 10 years, currently employed at the Community Action Akron Summit as a Heap Intake Specialist since 2009, following the completion of her continued education at the University of Akron.

Throughout her life DeAna exuded a deep love for God and a heart of compassion towards His people. She lived a lifestyle of Worship. DeAna, also known as the “Collage Queen”, was a lover of all things Ohio State, Dallas Cowboys, Peeps, Haribo Gummy Bears, lipstick, lashes, hair color, nails, family and friends.

In her early years, Pastor DeAna attended Shelton’s Temple Church of God in Christ under the leadership of Pastor Steven Sledge where her music ministry was birthed and nurtured as a young girl. She then joined under the leadership of Bishop Kenneth W. Paramore attending United Baptist Church, and later served as Staff Pastor of Christ Centered Church, Barberton, OH. Under Bishop Paramore, Pastor DeAna has succeeded major accomplishments in ministry, she became licensed in the ministry on August 2, 1998 and ordained on February 24, 2008. Pastor DeAna is the Founder of Loving Thy Neighbor Outreach, faithful member of Daughters of Zion, Kingdom Connection Fellowship, New Life Network for Lifted Reformation, P.M.I and currently enrolled in the Bradley Bible College, Akron campus.

Pastor DeAna yielded her voice as a Praise and Worship Leader in various capacities including serving as the Worship Leader for Christ Centered Church, sharing the music platform with Kenny Eldridge and the Jesus Celebration Choir, Pastor John P. Kee, Shelton’s Temple COGIC Mass Choir, Preachers in Praise, Ephraim and the University of Akron Gospel Choir, Pastor Cathy Johnson and Friends and many more. The beauty of DeAna’s voice was a featured soloist in Akron’s Women of Worship, stage play’s, “The Gospel” and “Ready or Not, Here He Comes”. Her greatest musical accomplishments include becoming a 3rd round contestant of BET’s Sunday’s Best and her very own LIVE recording in 2005. The greatest of them all is now singing with the host of Angel’s in the heavenly choir.

Pastor DeAna was an avid supporter of everyone that she loved and had a heart for the youth. She faithfully served as a Board Member and Mistress of Ceremony for the Emmanuel Benefit Concert Committee and a volunteer receptionist for Emmanuel Christian Academy. As a bonus to those in music, she was a lender of her gift, skill, and wisdom as a music/vocal mentor to numerous inner-city youths.

To order memorial trees or send flowers to the family in memory of Pastor DeAna Wansley, please visit our flower store.

The House of the Lord

The House of the Lord