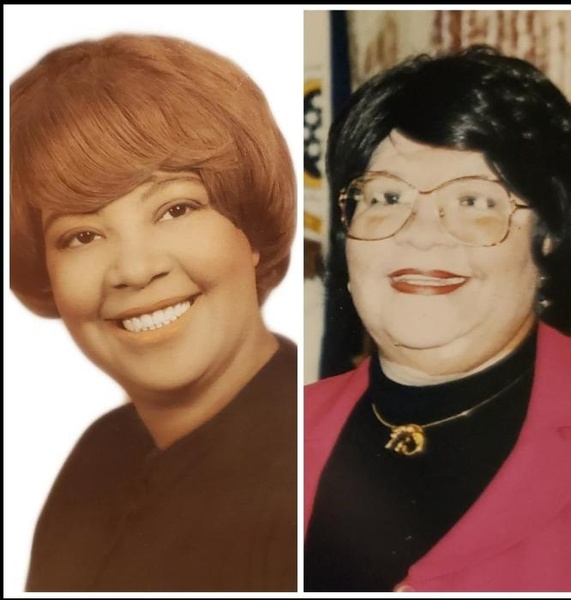 Nora C. Sparks, affectionately known as Honeybunch, fell asleep in the arms of the Lord on October 25, 2019.  Born in Hendry County, FL, Nora later moved to Akron, Ohio with her family as a young child.  Nora attended Akron Public Schools and graduated from South High School in 1957.  With dreams of becoming a teacher, Nora enrolled at The University of Akron and earned her BS in Education in 1963.  While attending The University, Nora was initiated as a Charter member of the Delta Pi Chapter of Alpha Kappa Alpha Sorority, Inc. on 4/15/61.  Facing discrimination obstacles after graduation, Nora took her talents to Washington, DC and was employed at the Department of State where she worked until she retired on 6/30/02.  Her dedication to her job earned her multiple awards like The Assistant Secretary’s Award for Excellence, Meritorious Honor Award, and The Secretary’s Career Achievement Award.  She traveled to multiple countries like Nicaragua, Honduras, and Spain, and served with the US Government for 37 years. It was in DC that she nurtured her love for the arts and became a season ticket holder at the Kennedy Center for the Performing Arts and also became a lover of jazz.  Her commitment to Alpha Kappa Alpha Sorority, Inc. remained strong while she was in DC and Nora affiliated with Xi Omega Chapter in 1965.  Once she moved back to Akron, Nora affiliated with Zeta Theta Omega Chapter.  Nora was a Golden Soror with 58 years of membership.

After retirement, Nora returned to her hometown of Akron to enjoy her family and friends in 2002. In her free time, Nora also volunteered at Akron General Medical Center and was a member of the Golden Hearts Club.

To order memorial trees or send flowers to the family in memory of Nora Sparks, please visit our flower store.