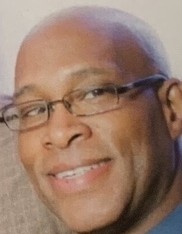 Michael Timothy Tony was born on February 19, 1961 in Akron, Ohio to Melvin (Marion) Tony and Joan Tony. He was the only child. He attended Akron Public Schools where he participated in many different sporting events. He developed a friendship with Cassandra Lyn Tony in 1983. That friendship soon turned into a relationship and they were married in 1985. Three Children were born to this union. He had one child from his second marriage making a total of four children to whom he fathered. Marier Timothy Tony, Whitney Michelle Tony, Justin Jerrell Tony and Michael Daniel Tony.

He enjoyed working with his hands. He attended a trade school for carpentry at Armor Floors and soon after He became the proud founder and owner of Tony’s Carpeting & Sales. He also enjoyed working as a line technician with Quality Synthetic Rubber (QSR). He enjoyed knife throwing, making gadgets, shooting darts and Martial Arts. He had the honor of competing in the junior olympics as a young adult. He always taught his children the value of respect, hard work and discipline. Michael strongly believed in God and that was reflected throughout his life.

Michael, you are extremely missed. Til we meet again.

To order memorial trees or send flowers to the family in memory of Michael Tony, please visit our flower store.