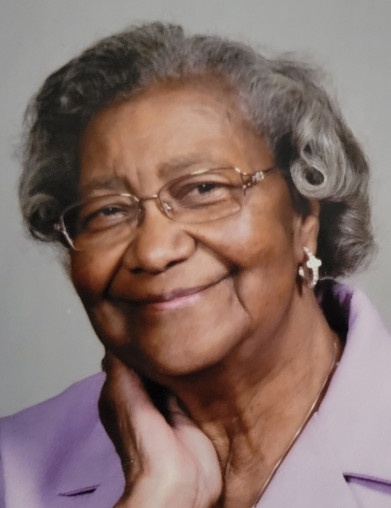 On July 15, 1929, the world became a more compassionate place as God loaned to it one of his angels in the form of Mary Olivia Hinton Groves.  Born in Columbus, Mississippi, to Reverend Edward and Louise Hinton, Mary, affectionately known as Olivia, the oldest of four born to this union, came to know Christ at an early age. When her mother was called to glory at the young age of 32, ten year old Olivia became the mother figure to her siblings, especially her two year old sister, Hattie.

As a woman ahead of her time, Olivia graduated from Union Academy and headed to college to study nursing as her family relocated to Ohio.  She graduated from Doster Hospital School of Nursing, Meharry College, in 1952.  After obtaining her certification, Olivia joined her family in Akron, Ohio and became the second RN of color to be hired by Akron General Medical Center then known as Peoples Hospital.  She spent her entire 42-year career there, most notably as a neonatal nurse providing expert, loving care to hundreds of babies.

In 1954, Olivia married the love of her life, James Willie Groves and to this union was born five girls, Olivia’s pride and joy.  Although a working mom, Olivia was determined to make certain special occasions feel special, whether that meant making the perfect outfit, showing up when it was thought she couldn’t make it, and/or getting up making homemade biscuits before the day began.

In early 1960, a dear friend invited Olivia to her church, Robert Street Church of God. It was here Olivia deepened her relationship with Jesus Christ as her Savior, and quickly immersed herself and her children into the fellowship, instilling a foundation that "with God all things are possible" and teaching her girls to “look to the hills from whence cometh their help.”  Church attendance, bible study and family prayer were non-negotiables.  Olivia’s church service spanned decades where she gave her time and talents to ministries such as the Chancel choir, nursery, travel club, and hospitality. Her love for Christ and her determination to be a living example for her girls resulted in many fond memories of church celebrations, vacation bible school, Sunday school and of course, camp meeting in West Middlesex, PA. The entire family looked forward to the annual trips to the tin cabin on the hill.

After offering 42 incredible years of service to nursing, retirement did not stop her.  Because of her love for children and service, Olivia became a school crossing guard for 10 years.  She also became an avid world traveler, exploring several continents including Asia, South America, Europe, and Australia.  She particularly enjoyed her journeys to the Holy Land, where she walked where Jesus walked and was baptized in the Jordan River.

On July 13, 2022, just two days shy of her 93rd birthday, the Lord called his faithful servant to reward.  Mary was preceded in death by her husband, James; parents, Edward and Louise Hinton; brother, Edward Hinton, Jr.; and sister, Levonia Prowell.  Left to celebrate her life, but still adjusting  to her passing are her loving daughters, Denise (Phillip) Myricks and Yvonne (Randy) Culver of Akron; Vivian Wood, Brenda Shaw and Janice (Tyrone) Richardson of Georgia; Sister Hattie Randle of Georgia, 9 grandchildren, 9 great-grandchildren, and a host of nieces, nephews and friends.

To order memorial trees or send flowers to the family in memory of Mary Groves, please visit our flower store.