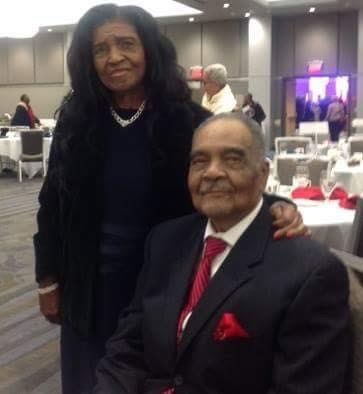 As a young adult Mary (Elizabeth) Veal married Charles Burns. They were married 78 years. Their marriage gave life to (6) children, Betty (James) Chatman of Canton, Ohio, Mary Jane Fedrick of Akron, Ohio (deceased), Evelyn Jones of Columbus, Ohio, and Judith (R. Carl) Cannon of Akron, Ohio. Their sons; Charles Burns, Jr. of Kent, Ohio , Victor Burns, of Little Falls, New Jersey and 51 grandchildren. Mary was a member of the Church of God in Christ. She loved the Lord and served him faithfully. Whether it was in word or deed she touched the lives of so many within her family and the community. Mary was never one to turn anyone away. She had a heart of pure gold! She provided aid to anyone who fell on hard times.

Her favorite past time was tending to her garden and planting flowers in her yard. She was an outdoors person by nature. When indoors she loved her antiques and cooking. In addition to working
as a domestic, she was the cook at Rathskeller Restaurant in Kent, Ohio. In the sixties. Mary and Charles took in Black Kent State University students who were not permitted to live in the dorms on campus due to the segregation at that time. Years later they received a much deserved NAACP Community Award for their contributions to help eliminate racial injustice during
those turbulent years in this country’s history.

Mary and her husband, Charles, celebrated 75 years of marriage in 2015 with an outpouring of family members and lifelong friends from all over the United States. They were honored by the City of Kent and the local newspaper which included news coverage and interviews. They were given the Keys to the City by the Mayor and the day was declared Mary and Charles Burns Day. Included in those memories is a personal letter of congratulations from the White House and our first Black President Barack Obama and First Lady Michelle Obama.

Mary lived a full life of nearly 100 years. On a Sunday, exactly three years after the death of her husband, Mary was swept up in the waiting arms of God in the quietness and stillness of the morning hours. This is not our goodbye...until we meet again.

To order memorial trees or send flowers to the family in memory of Mary Burns, please visit our flower store.