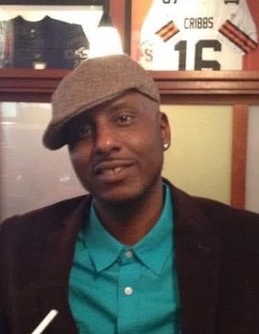 Louis Pierre Wiggins “Peter” was born in Barberton, OH to Mary Louise Parker-Wiggins and the late Louis Earl Wiggins on January 16, 1979. Passed away suddenly on September 12, 2020. He was raised with his loving siblings; Jennifer L. Johnson- Wiggins and Janeen L. Wiggins by his grandparents, the late George L. Price and paternal grandmother Edna E. Price.

Louis was known to many as “Peter” or “Pete”. He grew up in west Akron on Crestview Ave, where he resided for many years until he graduated. He attended little Rankin and Buchtel High School. While at Buchtel, Peter was in ROTC and band where he played saxophone for four years. After high school he enlisted in the Army Reserve and served for four years. Later he enlisted in the United States Marine Corp and served for three years and eleven months. He served his country from 1997-2002. During his service in the Marine Corp he was presented with a certificate of excellence of achievement while in Okinawa, Japan.

Once he was discharged from the Marines in 2002, shortly afterwards he met his first wife in which they conceived two children from that union, Louis Leon Wiggins and Olivia Elizabeth Wiggins. In 2005 he met his second wife, they married later on in 2009. From their union they conceived a daughter, Le’Ana Nevaeh Wiggins and stepson Demetrie Washington Alexander whom he raised since birth.

In September 2017 “Peter” received a certificate of completion from CNC Training School in Akron, Ohio and was a CNC Machine specialist. He then began his career working for Wrights Tools in Barberton until he became ill and struggled with pulmonary issues. His favorite past times was being in the military, playing in the band, hanging out with friends, traveling to Baltimore with his grandparents and siblings.

To order memorial trees or send flowers to the family in memory of Louis Wiggins, please visit our flower store.