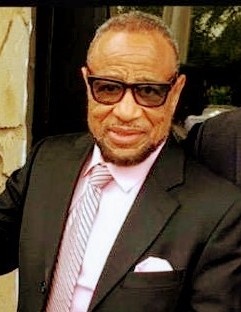 Leon (King Totch) Walters was born on January 13, 1948, in Macon County, Georgia, to the union of Danny and Bessie Walters. They eventually moved to Akron, Ohio where he attended Akron Public Schools; and was a graduate of South High School (The Big Blue Cavaliers) where he was inducted into the South High Football Hall of Fame.

After Graduating he moved to New York City, where he lived for 17 years. He later relocated to Oakland California, where he met and married Candy Maryum Davis. Totch owned and operated Leon Walters Painting and Decorating for more than 35 years, he also worked for Kaiser Medical Center of Oakland.

In 1981, he became a member of Shiloh Christian Fellowship where he was an active Deacon, children’s youth leader, counselor and a part of the kitchen committee. Totch enjoyed riding his motor cycle, playing tennis, roller skating, and working out at the YMCA. He took his last ride on June 17, 2020.

Leon was proceeded in death by his parents, Danny Walters and Bessie Walters; his brothers, EC Walters and JD Walters; and sister, Joyce Walters.

To order memorial trees or send flowers to the family in memory of Leon Walters, please visit our flower store.