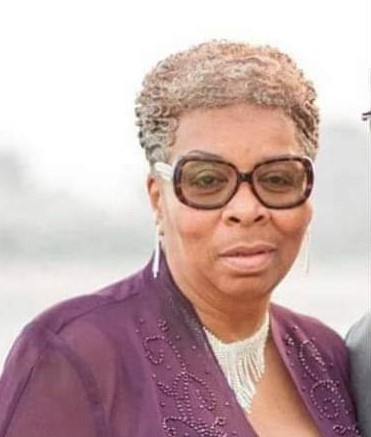 She was born March 18th, 1950 to the late Nathaniel Smith Sr. and Charlie Mae Smith-Brown at Grady Memorial Hospital in Atlanta Georgia.

La'Shon attended High School in Toul, France and moved to Akron in 1970 where she completed her education and began to make her personal stamp in Ohio. As a young mother she lived a “life of service”; as she served many terms as both PTA President, and President of the Booster Club for the Firestone Park Rams Youth Football League. She worked and served in various capacities over the course of 20 years in local social club establishments, whether it was the Helping Hand, American Legion, Post 272, Mahogany Lounge and or the Elks Lodge. She often told her customers "I may not know your name, but I know your drink," She was always known for her classy yet sassy demeanor, and those famous finger waves. In the 90’s La’Shon eventually decided to solely focus on her career in the retail business. For the next 28+ years her life of service continued. She began working at Finest, then Tops, and ended at Giant Eagle. Our Mom literally worked up until her dying day. We are so proud of how she also became known as the "Go-To Union Rep" for the UFCW Local 880, and at the time of her death she held the position of Vice President of the Executive Union Board.

When La’Shon gave her life to Christ, she was in her mid-50’s. Yet that didn't detour her from continuing her life's legacy of servant hood. After she became a member of The Arlington Church of God she "hit the floor running" and became an active member and never looked back. She served on several committees; such as but not limited to: Women In Motion, Celebrate Recovery, Greeter, Nursery Worker, Security Team, YEPAW volunteer, member of the Friday morning Senior Bible Study, a member of the Sunday School Class, she was a Nursery Worker, and a volunteer  for YEPAW. She also volunteered outside of ACOG , she worked alongside Celina Flunoy with Love Inc. When asked why she was a part of just about everything she said "I wasn't a punk in these streets therefore, I'm not going to be a punk in the Lord!"

To order memorial trees or send flowers to the family in memory of La'Shon Smith-Campbell, please visit our flower store.