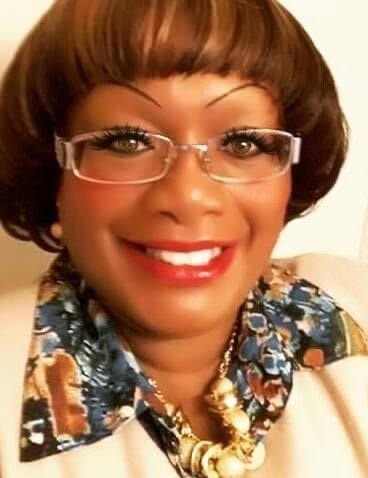 Katrina Rosetta Bratcher Williams was born on October 9, 1961 at the John Gaston Hospital in Memphis, Tennessee to proud and loving parents Annie-Lois Langhorn Bratcher and Ulysses Bratcher. She was the second of seven leaves on the Ulysses and Annie Bratcher tree. Psalms 1:3 “He shall be like a tree planted by the rivers of water that bring forth it’s fruit in the season; His leaf also shall not wither and whatsoever he doeth shall prosper.”

In 1968, the couple relocated from Memphis to Akron Ohio where they rooted and grounded and taught them to put on the new man which after God is created in the righteous and true holiness (Eph 4:24). Katrina was affectionately referred to by her father as Aretha (Aretha Franklin) because of her strong and anointed voice obtained through continuous practices with LPs (records) and tapes of the great singer. Katrina didn’t just sing but she ministered in song under the anointing. Bringing healing, deliverance, and breakthroughs to all who heard and received. Jeremiah 1:5-7 “Before I formed thee in the belly, I knew thee before thou cometh forth out the womb I sanctified thee and I ordained thee. Then said I am Lord God behold I cannot speak for I am a child but the lord said unto me say not I am a child for thou shall go to all that I shall send thee and whatsoever I command thee thou shall speak.” Katrina answered her call to the Prophetic Intercessory Ministry following in the footsteps of her mother, Prophetess-Missionary Annie-Lois Bratcher saying what thus said the Lord without compromise under the Pastoral Administration of her Father Overseer Ulysses Bratcher at the Yale St. AOH Church of God. Katrina served in various capacities of ministry. From drummer to Choir Director to the Praise & Worship Leader and often called upon to minister in song before Overseer would minister the word. She attended Thornton Jr. High School and was a proud graduate of South High Big Blue Cavaliers’ Final Class of 1980. She had numerous gifts, one of which was hairstyling. She also was a fashionista, being very creative in her appearance and always making sure her sisters when going out they were all in style from head to toe, (Being much like her mother who would not allow anyone to embarrass her especially in public).

During her senior year of High School, she began dating her high school sweetheart Nathaniel Williams who later proposed to her and with the blessings of both parents, were married on June 9th 1980. And from that union was born 5 children in which God allowed the first two, to precede her in Heaven while granting 3 to remain to nurture and train. She also fostered and adopted many others who referred to her as mom including some actual nieces and nephews, regardless of who’s child you were. She was referred to as “Mom” or “Auntie Trina”.

In continuing education after high school, Katrina pursued a career in Nursing while attending State-tested Nursing Assistant Program through Axess sponsored by the University of Akron and onto a LPN training with an internship at the Akron General Medical Center. With this training, she was employed for over 20 years in the medical field working both as an Independent Provider and a Medical Nursing Assistant. With various agencies within the tri-county area. Also, outside of the medical field she was also employed with the Akron Public School System, AVI Food Service, and Krispy Kreme Donuts.

As a representative & ambassador of Christ and employee of the Most High, she was always ready to lend an ear and word (not an opinion) from the Lord with any situation, being sensitive to the spirit. She knew how to connect in the realm of the spirit to hear God. She teamed with her husband, Apostle Nathaniel Williams I as Co-Pastors of The New Bethel Praise & Worship Center. Utilizing her gifts and talents to minister both in song and in Prophetic Intercession. She was a tremendous asset ushering in the anointing to shift the atmosphere making it conducive for a life changing experience. She loved praising the Lord and would move into worship as according to the leading of the Lord.

To order memorial trees or send flowers to the family in memory of Katrina Williams, please visit our flower store.