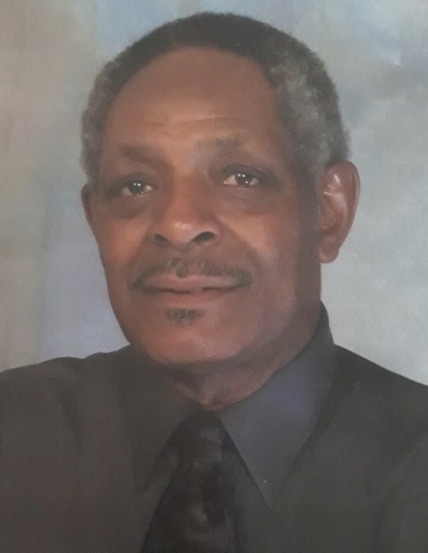 Jerry James (Kimbrough) Johnson, 77, of Akron, Ohio passed away on September 7, 2020.  Born on December 1, 1942 to the late Lillian Mae Thomas and Willie Cornelius Thomas, Jerry worked for Kenmore and Grady Construction Company for many years.  He loved driving trucks and once said he only retired because they said he had to.  Jerry was skilled in mechanics and could fix anything that had an engine.  He even taught a few of his sons and daughters how to fix their own vehicles. Jerry had many children.  He loved them all. Each of them had their own special bond with him.  It was no secret that Alicia (Eldred) Ingram, Tommie, Michael and RosaLee held a special place in his heart all the way to his very end.  In his early years he and his brother Willie often sculpted their bodies to a level that would cause even Mr. Olympia to marvel.  Jerry could cook, but only what he called “real food” …basically meat and more meat, and he loved to “trash talk” over a drink while connecting with friends and family.  Jerry’s favorite past time was fishing. It did not matter if it was sunshine, rain, in a boat, or on a bank.  He went every chance he could.

Jerry attended Living for Christ Ministries and accepted Jesus Christ early in his life.  Even when he no longer attended church, he made sure he read his bible every morning.  The bible says, “Train up a child in the way he should go: and when he is old, he will not depart from it” Prov 22:6 KJV. Jerry’s journey took him through many turbulent twists and turns, but he finished with quiet strength and a gentle presence.

The family wishes to extend special thanks to care givers Jerome and Saleema Spragling, RosaLee Starks, and Summa Care Medical and Hospice Staff.  We also appreciate the many acts of kindness, comforting words and display of love shown to us during this time of bereavement.  May God generously bless each of you as you accept our gratitude.

To order memorial trees or send flowers to the family in memory of Jerry Johnson, please visit our flower store.