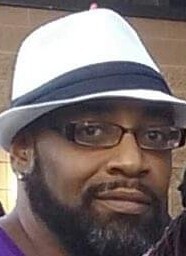 James R. Jackson III, 46, departed this life on Saturday April 25, 2020, and another musical majestic voice was called to be with the Lord. Our blessed Lord said "lift up your eyes unto the hills from whence cometh your help, for your help cometh from the Lord."

James was born on May 18, 1973 in Newark, NJ to the late Deacon James Richard Jackson II and Mother Josephine Jackson.

Later, his parents and siblings moved in the late summer of 1973 to Akron, OH. James graduated from East High School and attended Southern Ohio College, and Brown Mackie College. He completed courses in business administration. Throughout his entire years in elementary through high school he received perfect attendance. He never missed a day of school. Before the failing of his health, battling Lupus disease; his previous jobs include Sears Roebuck, Ohio Edison, Wash Land Laundry. He was also a member of Mo Better Entertainment. Later years, he worked at Bulldogtz, B &J Lounge, Zulus MCM, Old Timers Club. He also kicked it with a late great entertainer, learning and sharing musical ideas and having jam sessions. He sang in many weddings, receptions, birthdays, etc.James had a phenomenal singing voice and he was a fantastic rapper as well.

James was very charming and had a great sense of humor. And in the last year and a half James would play 2 or 3 times everyday. His favorite songs; God Did It, and This Morning When I Rose, on his cellphone.

These are a few remarks of James' family and friends; cousin Melanie Jackson said, "I just loved his Eddie Murphy impression." Rebecca said, When James was at the mall, he said I know that the Lord got my back, and I got his back." and James face smile and light up when he saw that she did her Holy Ghost dance right there in the mall."

James is preceded in death by his parents; and he leaves to cherish in his memory, children, Jalin Tyrell Butler, Da'Driauna Barnett, Daylen Barnett; brothers, Charles (Chuck), Victor A. (Maria) and sister, Valerie R. Jackson. Special brothers, Dre Wright and Johnny, the Overstreet family, cousins, and a host of relatives and friends. You are all family to us.

Special thanks to Bernice Robinson for helping the family with taking him to many appointments and helping his sister Valerie and Victor Jackson. Also, thank you to Renea Baylor Woods and everyone that donated and contributed to the fundraiser for James. We love you all.

To order memorial trees or send flowers to the family in memory of James Jackson III, please visit our flower store.