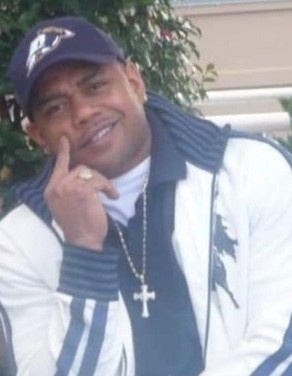 James Edward Cobb better known as Jay was born on April 1, 1973 to James E. Cobb and Hazel Edwards of Columbia South Carolina. He took his rest from this life on Saturday May 2, 2020.

James attended Buchtel High School in Akron Ohio. Later after graduation in 1991 he joined the marine corps serving as a cook. Jay served in Okinawa Japan and was stationed in Camp Lejeune North Carolina. He also toured in Iraq/Afghanistan during the crucial times of the 9/11 terrorist war. After serving 8 years he was honorably discharged.

Jay was an easygoing likeable guy. He had a sense of humor; he was the life of the party. Jay was nothing but smiles and laughs filled with humorous jokes. Jay wanted the best of things. He was a foodie enjoyed grilling out and checking out new food spots.

Jay was attending some college and got in the hobby of fixing up houses started with his own. Jay was a huge Ohio State and Cleveland browns fan. He loved football. He then later got into running with his companion Snoop. And got the opportunity to run in a marathon in Akron Ohio, which was a very proud moment for him.

Jay leaves to cherish his memory to his 3 kids Jordan, Kiara and Trinity. his sisters Karla, Milagra, Constance, Tecora. Kadeesha, Kimberly and Porchia. His brothers Bendito and Marcus and his late brother Marty.  Other relatives, loved ones, friends and his supportive dedicated service dog Snoop.

Jay will be truly missed. He went home to be with the LORD free from this life of trials and tribulations. James Edward Cobb Jr. rest your soul until we meet again.

To order memorial trees or send flowers to the family in memory of James Cobb, please visit our flower store.