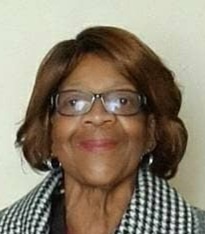 Jackie (as she was affectionately known) was born on January 12, 1946 in Akron, Ohio, to the late Pete Maceo and Daisy Mae Vinson Campbell.  She attended Akron Public Schools, but graduated from Springfield High School after her father purchased “The Farm” and moved the family to Springfield Township.  After graduation, she attended Job Corps in Michigan and later returned to Akron. While working at the Brecksville Veterans Administration Hospital, she met her future husband who was also employed there.  On February 8, 1970, she was united in holy matrimony to Walter E. Jones and to this union, two children was born, Shauna and Tamara.  For over 25 years, Jackie was employed at Dillard’s Department Store until her health started to decline in 2015 and forced her retirement.

Jackie was raised in a God-fearing home and accepted Christ at an early age. She loved to Praise the Lord, sing and listen to gospel music and absolutely enjoyed playing the tambourine. She had a reserved nature and was known for being extremely compassionate and having a kind spirit. She dedicated her life to serving and helping others and never expected anything in return. May the essence she embodied be carried on by all of those who love and remember her.

To order memorial trees or send flowers to the family in memory of Jacqueline Jones, please visit our flower store.