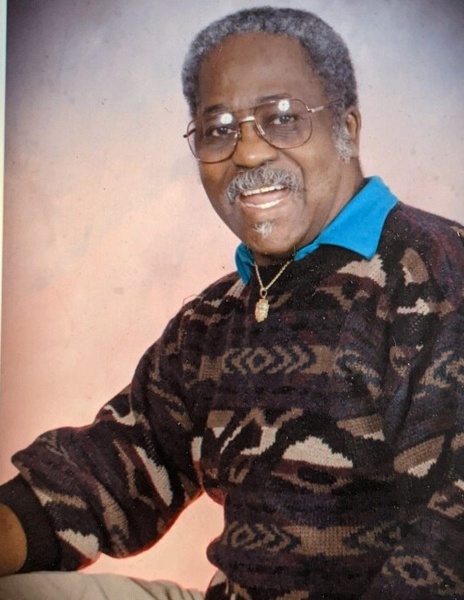 Grady Cannon Hill, 83, loved to attach playful nicknames to his family, friends, and random folks that crossed his path based on a science that only he understood. “Shady Grady”, his self-titled moniker, passed peacefully on Friday, March 26, 2021. Born to Albert Hill and Nadine “Ruth” Mathis Hill on September 26, 1937 in Johnson County, Georgia, Grady quickly became the family jokester, perfecting the art of the ‘Tall Tale’ and long exaggerated riddle on his seven brothers and one sister.

His sincere smile and playfulness attracted the attention of the beautiful Eunice Steen Plummer, whom he married in 1958. They got busy raising their six children whom he affectionately tagged as Gidget, Skinner, Big-Headed Boy, Dubbar, Junior, and Quitsy. In 1969, Grady moved his family to Akron, Ohio and began his career an assemblyman/welder at Chrysler Stamping Plant in Twinsburg until 2002. He enjoyed watching old westerns as well as police dramas and would often insert quotes from Gunsmoke, Bonanza, and In the Heat of the Night when answering a simple question. This characteristic frustrated some, but it is what made Grady, Grady. An eclectic cowboy at heart, he maintained a strange collection of pistols, holsters, and vintage bullets that also doubled as ink pens, flashlights, or some other gadget. An avid baseball and sports fan, he delighted in watching his own tribe bang the seats in Municipal Stadium to John Adam’s drum, but shouting “PLAY BALL” as the umpire signaled to start the game brought him pure joy!

Acknowledging some burdensome vices, Grady found the courage to conquer them in 1970 through Alcoholics Anonymous. He celebrated 50 years of sobriety last year at his main hangout, The Dry People’s Club, where he was also recognized as the clubs first member to achieve this milestone. After retirement Grady stayed busy as an AA sponsor, a greeter at Acme #1 and visiting his family near and far. He loved driving cars and treasured his time with Spitzer Ford transporting cars nationwide. Grady was a true social butterfly who never missed an opportunity to share a laugh with his neighbors at the Fowler Building or to provide a friend with a lift to the grocery store. Grady loved his family and his family loved him right back.

“In life we loved you dearly, in death we love you still. In our hearts you hold a place, no one else will ever fill.”

Celebration of Life services have been entrusted to the Wilkinson Funeral Home, 1158 S. Arlington Street, Akron and will be held on Thursday, April 1, 2021 at 2:00 p.m. Visitation will begin at 1:00 p.m. directly before services. Bishop Jesse J. Williams III officiating. Condolences can be sent to 310 Eastland Avenue, Akron, 44305. To leave a special message to the family, visit www.wilkinsonfuneral.com.

To order memorial trees or send flowers to the family in memory of Grady Hill, please visit our flower store.