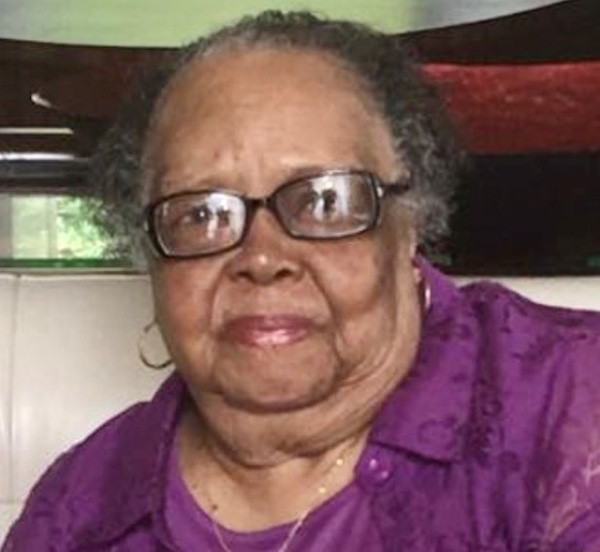 Mrs. Etta Mai Cantrell Palmer, was born on September 14, 1931 to Mary Magdalene Miller and Robert Cantrell, Sr. of Nashville, TN. She was the middle child of five siblings, Charlie Whitworth, Mary Elizabeth Walker (Sister), Erma Miller, Robert Cantrell, Jr. and Alvin Cantrell. She was preceded in death by her parents and siblings Charley, Mary, and Erma.

In 1946, she married John Gant in Nashville, TN and from that union she had Mary Magdalene whom she named after her mother.  The union was dissolved and Etta and Mary followed her mom to Barberton, OH. Her Mom introduced her to Walter “Bud” Palmer and they were married July 7, 1955. They had two daughters, Leslie and Nelllisa. She mourned Bud’s passing on September 12, 1991.

Mrs. Palmer was educated in the Nashville, TN public school system and began her career as a housekeeper. She worked in the home of the family that owned Weisberger Clothing. Her work was so exceptional that she was later asked to work in the clothing store. Once the store closed, she began working at City Hospital now Summa Health System in Akron, OH where she retired in 1972. She was well known for her remarkable work ethic and was genuinely respected by her managers and colleagues.

Mrs. Palmer gave her life to Christ at an early age and attended Jerusalem Missionary Baptist Church in Akron, OH. She never deviated from her faith and always read her daily scripture and tried to live by those words.

For Mrs. Palmer, family meant everything to her and she greatly adored them. Her children, grandchildren, and great grandchildren loved, honored, respected and cared for her deeply. She is survived by her three beautiful daughters, Mary M. Reed (John), Leslie Palmer and Nelllisa Palmer. She is the proud grandmother of four grandchildren, Sean Reed (Tami), Damon Reed, Michael Palmer and Tiarra Palmer; two great-grandchildren, Destin Andrews and Michalah Feaster and one great great grandchild, Logan Feaster. She also had a special relationship with her nieces and nephews, her niece Patricia Wingfield was like a fourth daughter.

To order memorial trees or send flowers to the family in memory of Etta Palmer, please visit our flower store.