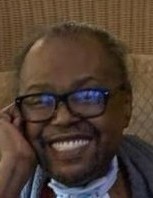 Edward “Tweedy” O'Neal born May 29, 1956 to the late Beauguard & Josephine (Longmire) O'Neal Sr., finished his early assignment on January 4, 2020 at home. He married Deborah Joyner on October 30, 1987, enjoying 32 years of wedded bliss. He was employed by General Electric for 10 years as well as Community Support Services.

Edward was preceded in death by his parents, his siblings Beauguard O'Neal Jr., Agnes O'Neal, Lila O'Neal and his daughter Tracey Witherspoon.

To order memorial trees or send flowers to the family in memory of Edward O'Neal, please visit our flower store.