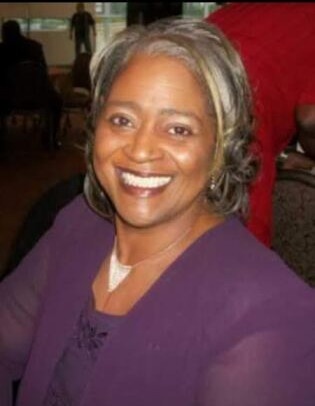 Denise Rochelle, Porter Stradwick Carter Bowers was born on November 11, 1958, to the union of Clara Mae Porter and Dave R Stradwick Sr. She absolutely loved family, and had a pure goldheart to love people back with. Denise graduated from South High School (Big Blue) class of 1977. During high school, Denise kept the Honor Roll, sang in the choir and gospel choir, and was a great typist. So great, that she earned a full ride scholarship & internship with IBM. Denise was also in band where she played piano, sang , and played clarinet. She never actually learned to read music, she played by ear. Niecy, as she was so lovingly referred to, was also a majorette , who loved to sew. Not only did she make her own majorette uniform, she created most of her outfits for school. She was later in a singing group with her best friends Jackie Norment- Jackson, Patricia Nelson - Richards, Carolyn Stevenson, and Jean Davis. They called themselves "The Judges". As one of the lead singers, "The Judges" went on to win 3 talent shows!

Denise was so much more than the above mentioned... She was a loyal and dedicated servant of God. She was fully aware of how much she loved the Lord, even at 3 years old. So in 1962, under the leadership of Rev. J.W Wheeler, she became a member of Providence Baptist Church. Denise sang each chance she got , with full love and conviction! In 1980, she fell in love with "this handsome man with pretty hair". His name was Daniel C. Bowers and on August 9th, 1980 they were married. To this union, 4 children were born. DaNitra, Daniel, and the twins Darrell and Darnell. She was also blessed with 3 bonus blessings Katie, Cleverisha (Reese),
and Andrew (Man) Bowers.

Denise later formed her own little children's choir along with her niece, Alicea. Soon after, children from the church were gathered to form a choir. They were named "The Sunshine Choir". Niecey traveled with these kids, and took most of them home after ministering. She did all this while singing in the beloved Jubilee Choir.

One thing that stands out for her family is the day she decided to form a track team with her cousin Dwight Jones. They gathered "Them Bowers Boyz", along with some of the neighborhood kids and formed their team. The love and support in coaching was so tight, her boys were invited to compete in the national finals in the 2001 Junior Olympics in Sacramento , California. Due to unfortunate circumstances, they were unable to go. So with the heart she had, she took her coach and team to Kings island to celebrate.

She remained a loving mother, wife, daughter, caregiver, sister, aunt, ganna, and friend. The "Grand Mom '' as she was affectionately known. She gave to her community, family, and friends all of her. Her grandkids were her world (please remember ganna loves you). Without acknowledgement or recognition, her goal was simply to love and help people and animals.

-Truly a woman after God's own heart. She will be tremendously missed-

To order memorial trees or send flowers to the family in memory of Denise Bowers, please visit our flower store.