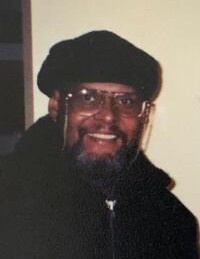 Clarance Walter Williams Jr, affectionately called “Juju”, transitioned on December 25, 2020 after a long illness. Clarance was the second child born in Akron, OH to the late Betty Lou and Clarance Sr. on December 13,
1954. Clarance attended Akron Public Schools, however he graduated with honors from Highland High School in Sacramento, California while living
with his grandparents, Nathaniel and Louisiana Davis. While in Sacramento, Clarance was chosen to participate with the Symphony and
being honored for his talent. He even taught his nieces, Tawana and Kelli how to play the flute.

Clarance was an exceptional Musician, playing the Saxophone and self-taught flute. He played with the Group “Jessie and the Mel-O-Tones” a
Local group in Akron who toured around different states playing and singing.

Clarance was a loving and caring brother who never missed a birthday or a holiday. He bought everyone gifts and always checked to see if you liked
your gift. He was a gentle soul who never had a cross word for anyone. Juju would call his sister Karen on holidays and asked her “what did you cook, bring me a plate,” and she did!

Clarance was preceded in death by his parents, Clarance and Betty Lou; sister, Sharon and great-nephew, Deontrey.

Condolences may be sent and procession will form at 1041 Valdes.

To order memorial trees or send flowers to the family in memory of Clarance Williams, Jr., please visit our flower store.