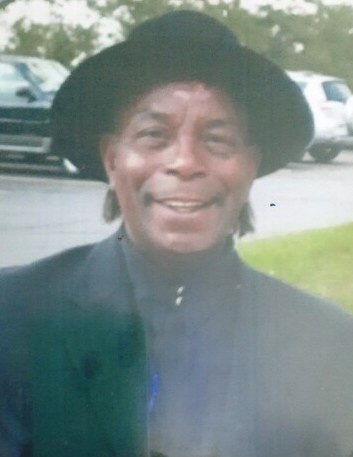 Arthur Mingo aka “Pete” received his wings on July 6, 2020. He was born March 5, 1952 to the late Jesse and Irene Mingo. He attended the Akron Public School system and served in the US Army with an Honorable Discharge. Arthur’s greatest accomplishment was accepting Jesus as his personal Lord and Savior in 2002. He was baptized in the Name of the Father, Son and the Holy Ghost by the late Rev. Benny Williams of New Millennium Baptist Church and later moved his membership to Mt. Calvary Baptist Church under the leadership of Rev. Jeffrey Dennis.

Arthur met Cora Robinson in 1971, after rekindling a longtime acquaintance in November 2018; they got married on March 5, 2020. He worked various jobs, last working in the renovating of the Hilton Inn at Easton in Columbus, OH, where he resided for the last five years.

Arthur had a gift of Art, which he displayed every opportunity he had. He LOVED spray starch, his clothes had to be crispy and wrinkle free. The creases in his pants had to be as sharp as a razor blade. We won’t talk about his shoes and his hats. All who knew him knows the story. He took great pride in his appearance and always taught the young men that it was necessary to have a suit and the accessories and the shoes for the occasion. He taught all of his nieces and nephews about the true facts of life for the benefit of their good. He was an avid reader and would challenge you to every word.

He was preceded in death by his parents, Mr.  & Mrs. Jesse Mingo; sisters Laverne and Enetta.

To order memorial trees or send flowers to the family in memory of Arthur Mingo, please visit our flower store.