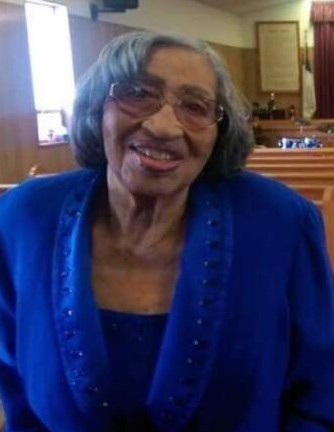 Annie Ruth Terry Cooper went to be in the presence of her Lord and Savior on August 16, 2021 in Kent, Ohio at the ripe age of 95.

She was born December 12, 1925 in Margerum, Alabama to Minnie Sanders Terry and Robert B. Terry.
She graduated from the Dayton High School, in Dayton, Tennessee with honors. In the 1970s she attend Kent State University and majored in early childhood education.
She accepted Christ as an early age and grew up in African Methodist churches in Alabama and Spring City Tennessee. She joined Mount Calvary Baptist Church when she moved to Ravenna,
Ohio, where her membership remained until she was called home to be with the Lord. She has been a resident of Ravenna, Ohio since 1955, shortly after she united in marriage with
Fred H. Cooper, Sr. She spent her life dedicated to raising her children, loving her husband and showing the love of God to her community.

She was always known as a neighborhood baker, she made many cakes for church dinners, birthdays, and other community events. Her other hobbies included growing a beautiful flower
garden, doing puzzles, advocating for the community, attending church events, listening to traditional Gospel music, watching the Cleveland Indians and she absolutely loved watching the
Cavaliers’ Lebron James. She retired from Parker Hannifin Corporation in Ravenna in 1990, but her all-time favorite job
was to teach community children at the Friendship House Pre-School, where she was an assistant teacher.

To order memorial trees or send flowers to the family in memory of Annie Cooper, please visit our flower store.