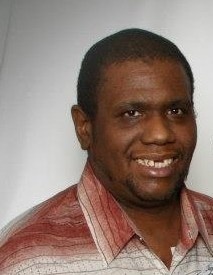 Preceded in death by his father, Raymond Hargrove. Leaves to mourn in his passing, his mother Pamela Davis, sister Monica “Susie” Lee, brothers: Sidney Davis, Carl Davis, and Earl Davis, daughter Imani Johnson and other loving aunts, uncles, cousins, beloved family members, and special friends. Mostly a resident of the Akron area, Aaron did attend high school in Atlanta, GA. He enjoyed working in the Real Estate industry and was a very good communicator and liked to debate. He loved attending family gatherings. He was a very giving man and all who knew him, would know that he was a lover of video games. A dedicated son and friend, Aaron also was a mentor to his 3 younger brothers who saw him as their primary male example while growing up. He was called home to be with His Lord and Savior on July 2, 2019.

25 “I am the resurrection, and the life: he that believeth in me, though he were dead, yet shall he live:26 And whosoever liveth and believeth in me shall never die.” St. John 11:25-26

To order memorial trees or send flowers to the family in memory of Aaron Johnson, please visit our flower store.