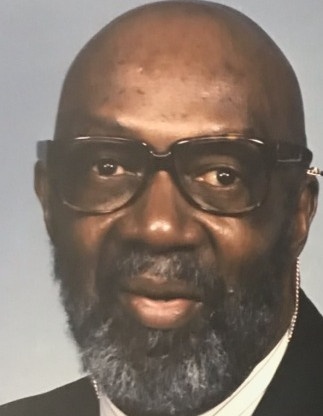 Sylvester Fitzpatrick was born on February 15, 1936, to Cephus and Mary Lee Fitzpatrick in Atlantic City, New Jersey. When he was a young child, the family relocated to Akron, Ohio where he attended Akron Public Schools and graduated from North High School in 1955 with a full basketball scholarship. Sylvester played basketball at Edward Waters and met the love of his life, Ola Pendar, in her sophomore year – and they began to date.
In the fall of 1956, Sylvester and Ola began studying at Allen University in Columbia, South Carolina. During the course of their courtship, they would visit Sylvester’s parents in Akron. It was during one of the summer visits that they ran off and got hitched (eloped on August 21, 1957) in Gary, Indiana. When they returned to school in Columbia, they kept their union a secret for some time.

Sylvester and Ola return to Akron when she was expecting her first child. He finished his education at the University of Akron with a Bachelor’s in Education in 1965. He started working for Akron Public Schools as a Special Education teacher and was later promoted to School Community Coordinator before retiring in 1981. Sylvester also earned his master’s degree in Public School Administration from Kent State University.

Viewing will be on Saturday, Sept. 3, 2022, from 10am-11am with the Celebration of Life service starting at 11am. Service will be held at Wilkinson Funeral Home, 1158 South Arlington Street, Akron, Ohio 44306. Pastor Kenneth Baxter, Eulogizing

To order memorial trees or send flowers to the family in memory of Sylvester Fitzpatrick, please visit our flower store.