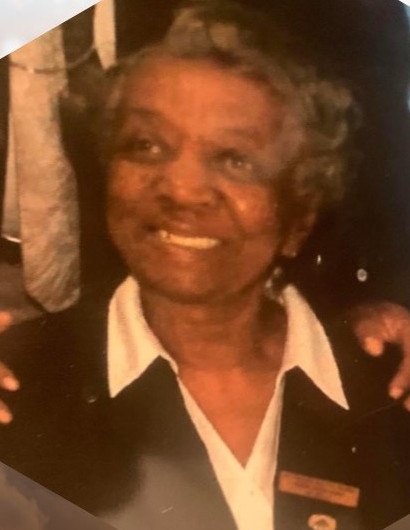 Ruthie Lee (Williams) Bell went home to be with the Lord on Saturday July 2, 2022.  She was born February 1, 1937, in Forrest City, Arkansas to the late John Henry Devoes and Queen Victory Coffey.  She was the middle of three children.  She was better known as “Honey Baby” to family and friends.

She married Arthur “Plute” Williams in 1951 and to that union had one son.  Moving to Michigan in 1954 she gave birth to her second son James Johnson Jr.

She was employed at Champco an external sub-Chrystal Plant as a parts finisher.  She was also a shift Union Steward for many years until her retirement.  While in Akron she took on a part time job with Mature Services.  Befriending many of the staff there she established a network of contacts to interact with.  She joined Mount Calvary Baptist and became an Usher eventually becoming their Senior Usher Board President.  She was active in the ICUA organization becoming the city and State Chaplin until her poor health prevented her participation.  She served in the past, as the Ohio State Chaplin with ICUA.  She traveled throughout the state and beyond with close friend Mary Robinson and others.

She was known for her good southern cooking that had you looking forward to her next invite.  Her sweet potato pies were requested during every holiday by family and friends.

Special thanks to Summa Health Hospice staff Melissa, Beatrice, and Shonna for their kind and considerate care during mom’s last days.

To order memorial trees or send flowers to the family in memory of Ruthie (Williams) Bell, please visit our flower store.