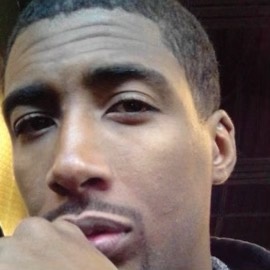 Brandon E. Ferguson was born on Sunday August 26th 1984 to parents Michelle Crawford and Harland E Ferguson. While growing up, Brandon was known for being a thoughtful and respectful young man with a kind heart that shined very brightly. He was a very deep thinker, quick witted, thought outside of the box, and brought joy to those around him.

Brandon remained a big kid at heart. He loved to play video games, watch cartoons and Sci-fi shows. He would even go the extra mile to research them. He always took great pride in sharing his knowledge about characters backstories and lore. Brandon was also a talented artist. He would draw his favorite characters precisely and flawlessly.

Brandon attended Kenmore High School and later received his G.E.D. Brandon made a confession of faith in 2017.

Our beloved Brandon passed away on Wednesday September 07, 2022.

He is preceded in death by his Father, Harland E Ferguson.

Brandon will be missed but never forgotten.

To order memorial trees or send flowers to the family in memory of Brandon Ferguson, please visit our flower store.